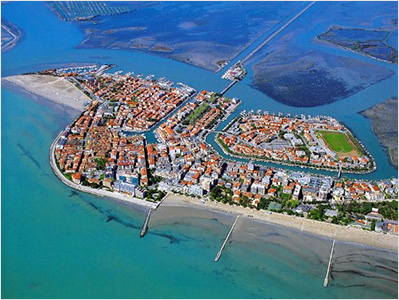 Already the Roman port of Aquileia in the service and "castrum", developed around 452 when many residents fled to the nearby cities on the island to escape the hordes of the Huns led by Attila in 568, following the invasion of the Lombards in Friuli the Patriarch Paulinus transferred the seat of the Patriarchate of Aquileia.

Since the beginning of the seventh century (606 or 607), following the Schism of the three chapters, there were two patriarchal sees: Degree, formal dependence of the Byzantine Empire, but in fact the Venetian Republic in the nascent independent and faithful to the Roman Church , and Aquileia, in the Lombard area, from the papal obedience allontanatasi and therefore considered schismatic (and the patriarchs of the latter, which fell to little more than a village, they preferred to stay in Cividale, in Friuli Cormons or other centers).

The decline began with the Grade reconstruction of the city of Aquileia (at the turn of the ninth and tenth centuries), withthe disastrous looting suffered in the 20s of the XI century by the Patriarch of Aquileia Poppo and especially with the rise of Venice, who became, in the twelfth century, the habitual residence of the patriarchs. With the Treaty of Campoformio (1797) and the end of the age-old Venetian Republic, Grado became part of the domains of the house of Austria who held possession, except for the brief Napoleonic period, until 1918.

At the end of World War I, Grade was annexed to the Kingdom ofItaly. Even after World War II, and Grade 'managed to retain its importance as a health resort. In 1990, near the city, was found the Julia Felix, a 'Roman vessel. 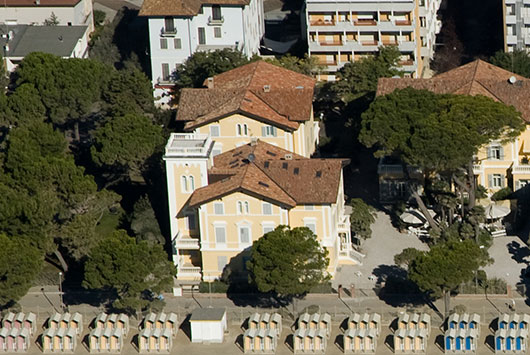 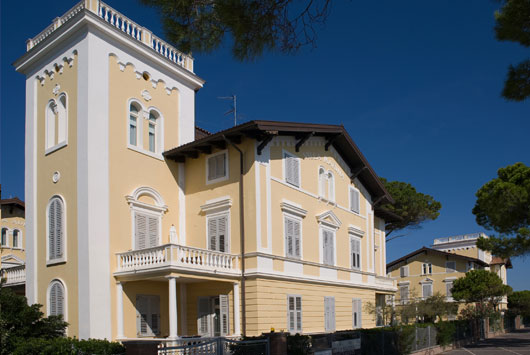